Undoing Drug Addiction: The Untold Story of Harm Reduction and the Future of Addiction 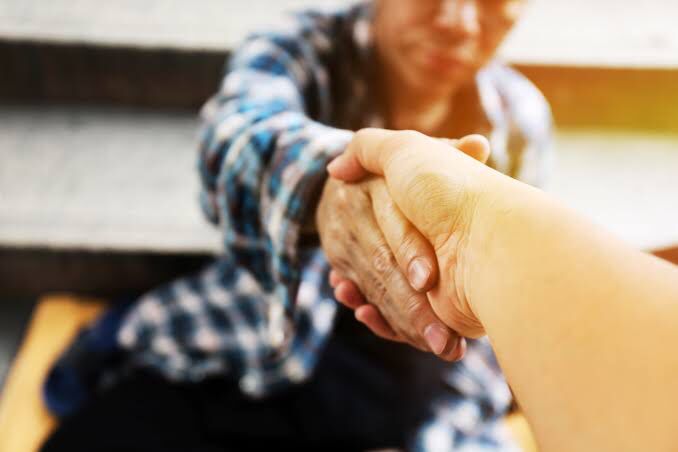 The harm reduction approach to addressing addictive problems has until recently been highly controversial, the world over. Treatment and other change efforts in India have been primarily guided by the views that addiction is a disease and that the 12 steps are the primary (or only) method for change.

The harm reduction approach to addressing addictive problems has until recently been highly controversial, the world over. Treatment and other change efforts in India have been primarily guided by the views that addiction is a disease and that the 12 steps are the primary (or only) method for change. Harm reduction accepts and encourages small steps toward change. The Indian approach has typically required an immediate and large change, often involving a completely new perspective: “I’m an addict, I have a disease, I will abstain from everything forever.” The small steps approach of harm reduction, even though it describes how most human change occurs, has often been considered unacceptable and dangerous.

However, opiate overdose deaths skyrocketed in recent years. It has been increasingly clear that the Indian approach to supporting change is far too ineffective. Alternatively, the most effective approach to treating opiate use disorders involves using medications that parallel, to a significant degree, the effects of opiates. From an abstinence-only perspective, these medications are unacceptable. But the number of deaths has been even more unacceptable to the public and governments at all levels. Traditional treatment is increasingly being over-ruled. For the first time a US president’s drug policy specifically mentions harm reduction as a primary principle.

Harm reduction involves a wide range of efforts and approaches. They support “any positive change.” Unlike the traditional prediction (that such changes provide a false hope of “real change”), harm reduction typically results in changes that are stable. Harm reduction is much more likely to place someone on a positive path and keep them there. When there is insistence that major change must happen immediately, the drop-out rates (or unwillingness to attend treatment at all) are substantial.

Undoing Drugs describes harmful ideas and methods that need to be “undone” in order for the us to move forward with a harm reduction approach. In particular, we need to update our understanding of “drugs.” In discussing one of the academic pioneers of harm reduction she writes:

[Alan] Marlatt knew that “undoing drugs” was essential to the mission: if alcohol isn’t seen as the drug that it is, its many users can easily dismiss “druggies” as some alien group whose experience is completely unlike their own. The spectrum of substance use must be seen in its entirety, so that we can recognize that it is indeed universal, across cultures and time .

As carefully documented, harm reduction got a substantial boost in the mid 1980s with the recognition that HIV and needle sharing went together. If an HIV user shares a needle with another drug user who also injects, the chances of transferring the infection are substantial. Of course, if we could persuade all drug users to stop using drugs, there would be no need for needle sharing. Also, of course, in any one moment we have not thus far been sufficiently successful with that kind of persuasive effort, and probably never will be.

Early harm reduction advocates focused on teaching drug users how to disinfect their needles, or better, provided them with clean needles, or even better, provided users clean needles and a safe place to inject (where medical staff were available in case of overdose). Each of these actions keeps users alive, setting up the possibility for change later. As some have said “dead addicts can’t recover.” The traditional treatment community, and many citizens and legislators, initially rejected this approach, preferring that drug users “hit bottom” even if it meant many of them died. The controversy was fierce, until the rise in opiate overdose deaths compelled us to seek new solutions.

Studies document the persistence of the individuals and organizations in the US (supported by leaders in other countries) as they made the harm reduction activities available. Many got arrested or denounced. Many were themselves drug users who were able to change . One writer states “since I’d been spared, I wanted to learn everything I could about HIV prevention for IV drug users” .Many others were not so fortunate, and died from overdose or HIV. For supporters of harm reduction this book provides the history, and the rationale, you might be only dimly acquainted with: “The history of harm reduction shows us that there is a better way—and it lies in undoing and dismantling all of our mistaken concepts about the nature of drugs and the people who take them “

Szalavitz has been a leading author and journalist about addiction, science, and public policy. She has diligently built her body of work and her career over three decades. She conducted extensive research for this book specifically, including interviewing many of the leaders of the harm reduction movement. The harm reduction movement has been so massive that her book could present only US-centric highlights: “Many additional specialized works need to be written, particularly to encompass the story of harm reduction outside of the United States and within specific communities “.

The Undoing Drugs book has sections that focus on HIV and how it spurred harm reduction, leaders and activists, cities (e.g., New York, San Francisco), countries (e.g., the UK, the Netherlands), positive actions (like needle disinfection), legal issues and court cases, harm reduction definitions, public policy debates, racism (which is a major theme), overdose prevention, pain management, how to include drug users in decisions about them, housing for drug users, the problems with traditional treatment and “tough love,” the scientific evidence that supports harm reduction (that evidence is substantial), and where we need to go from here (in brief, to emulate Portugal, which has 20 years of substantial success with drug use decriminalization). Her focus on creating a sensible, equitable, and realistic future is crucial, because it would appear that we are not even halfway “there.”

If you have had any doubts about the value of harm reduction, such book are for you.

ABOUT LOTUS WELLNESS AND REHABILITATION CENTER

Lotus is a World famous Holistic Wellness and Rehabilitation Center located at Coimbatore , Tamilnadu in India . It is one of the most sort after Alcohol and Drug Addiction Treatment Centers.

If you or a loved one are interested in recovery through a harm reduction approach, We at Lotus Wellness and Rehabilitation Center can help you.

Open chat
💬 Need help?
Hello 👋
Can we help you?