At Lotus Wellness , Tamilnadu our drug addiction treatment program is Holistic and 100% individualized. We apply an advanced version of the 12 step recovery program . While we will help you find ways to overcome the symptoms, our priority is to treat the root-causes of your addiction and ensure long-lasting recovery. In exclusive surroundings with Serenity and cared for by a team of passionate and very experienced therapists and doctors, we provide an ideal atmosphere for drug addiction recovery. Lotus Wellness is a Serenity De addiction home.

Drug addiction also called substance use disorder, is a disease that affects a person’s brain and behaviour and leads to an inability to control the use of a legal or illegal drug or medication.Substances such as Cannabis, Opioids,Heroin , Cocaine are considered drugs. 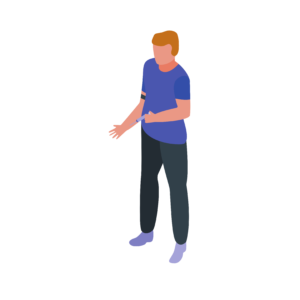 Opioids, sometimes called Narcotics are medicines prescribed by Doctors to treat persistent or severe pain. There are many types of prescribed opioids that are known by several names such as Codeine, Fentanyl Hydrocodone , Oxycodone, Oxymorphone and Morphine. It is generally taken orally, but abused commonly through injections by an addict.
Side effects of these drugs are Sleepiness, Constipation, Nausea, Shallow breathing , Slow heart rate and Loss of consciousness.

Heroin is an opioid drug made from morphine , a natural substance obtained from opium poppy plant. It can be a white or brown powder or a black sticky substance known as black tar Heroin . Other common names are Hairy , Horse , Helldust and smack . People usually inject, sniff, snort or smoke Heroin. It is highly addictive.
Side effects are Insomnia, collapsed veins for people who inject the drug, damaged tissue inside the nose for people who sniff or snort it . Infection of Heart lining and valves, Abscesses ( swollen tissue filled with pus ), constipation and stomach cramping, liver and kidney disease, lung complications including pneumonia, Mental disorders such as depression and anti social personality disorder, Sexual dysfunction for men and irregular menstrual cycles for women.

Cocaine is a drug made from leaves of the coco plant native to South America. It is a white powdery substance that reacts with the body’s central nervous system producing energy and euphoria. It can be smoked, snorted or taken as an injection. Cocaine is also known as coke , Blow or powder. It is highly addictive.
Side effects are permanent damage to brain, lungs, liver, kidney and heart. It is known to cause sudden death due to cardiac arrest.

For hundreds of years, people have been using Psychoactive substances to alter their reality. These substances, which include peyote, LSD, PCP and ketamine(special k) to name a few can be consumed in a tablet form, as a straight liquid, as a brewed tea, as a powder that is snorted, as an inhalant , via injection or dissolvable substance on one’s tongue. People consuming these hallucinogens start living in their own imaginary world changing one’s pattern of thinking, acting and reacting to various situations.
Side effects include hallucinations, paranoia, anxiety, panic or fear, Depression and Psychosis.

At Lotus we customise the treatment plan as per each individual’s requirement.

Our Approach is holistic and evidence based.

We use a combination of physical, mental, emotional and spiritual processes along with various therapies to bring an individual out of a habit.

You will have your own team of therapists and doctors

We don’t believe addiction is a disease

We heal the underlying conditions that cause addiction

Highly Confidential Rehab In India
For Most clients Lotus is one of the best experiences of their life and we feel confident you will feel the same. The healing that takes place here is hard to put into words. Once you arrive, we know you will see what makes this such a special place. We honor the opportunity to care for you.
Open chat
💬 Need help?
Hello 👋
Can we help you?